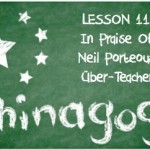 Neil Porteous is a teacher who knows how to get things done, and he might be the most dedicated foreign teacher I've ever heard of or met in the Middle Kingdom (more on that later). To wit on my first point, as Xinhua reports: All 45 students in his class in Shimen High School in the city of Foshan, south China's Guangdong Province, passed with good enough results to access the country's key universities. Six of them ranked among the top 100 in the province, where 727,000 students took the exam, also known as gaokao. 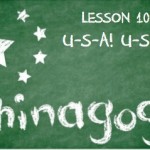 Another year has come and gone and America continues to noisily barrel on into middle age. The Fourth of July has always been my favorite holiday. It doesn't come with any of the social burdens and anxieties of Christmas and Thanksgiving. The political implications are pretty minimal as well. While it's technically a celebration of the US throwing off the shackles of our tea- and gin-soaked oppressors and their shilling-and-pencing sales taxes, it generally lacks the nationalistic bluster and bravado of, say, Chinese National Day. 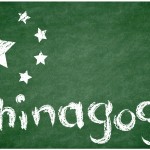 You might remember Greg Donohue, our English teacher columnist. What's that, you don't? Here's your reminder. Greg Donohue? I thought you'd been fired. Me too. But then the BJC editors reached out and explained that unpaid columnists couldn't be fired, especially since I'm not a particularly corrupt official, a pedophile, or a LBH teacher. And how little do they know. 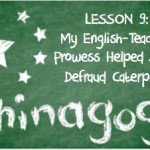 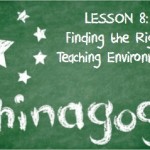 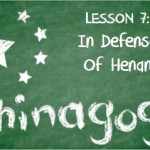 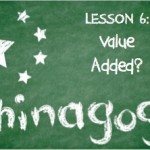 Most of my students are studying at an English training school with the intention of enrolling in a Master's program, or at least attaining a Bachelor's degree from an American university. During my time here I've had a soul-enriching load of students accomplish just that, as they've gotten their IELTS scores (a British-Australian test to measure English language proficiency in both general and academic English) and entered various BA, BS, MA and MA programs across the country. But while some of their success can be attributed to my instruction, most of my best students came in (and exited) my class with amazing study skills and positive attitudes toward learning. 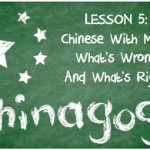 So I just stumbled across Chinese with Mike. I can’t decide if this gentleman is the worst Chinese teacher since my boss forced my coworkers and I to learn “Tianmimi,” or the best Chinese teacher ever, like a mullet-enhanced Dashan. He certainly holds my interest as a Chinese language learner, and that’s half the battle.... Read more » 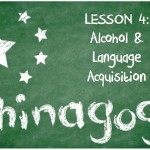 I host a happy hour event for my school once a month, and it’s hands-down the best part of my job. I get paid to drink, pass out free beer to students and facilitate discussion for a few hours*. Sometimes I drink a bit too much and start speaking Chinese — none of the people... Read more »