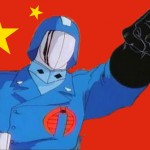 2014 has been an auspicious year so far for elephants. In January, the Chinese government crushed -- the technical term for destroying -- a whopping 6.15 tons of tusks, equivalent to one-sixth of the illegal ivory seized worldwide in 2012. The following week, Chinese officials worked with Kenyan authorities to apprehend the Chinese kingpin of a Kenya-based ivory ring.