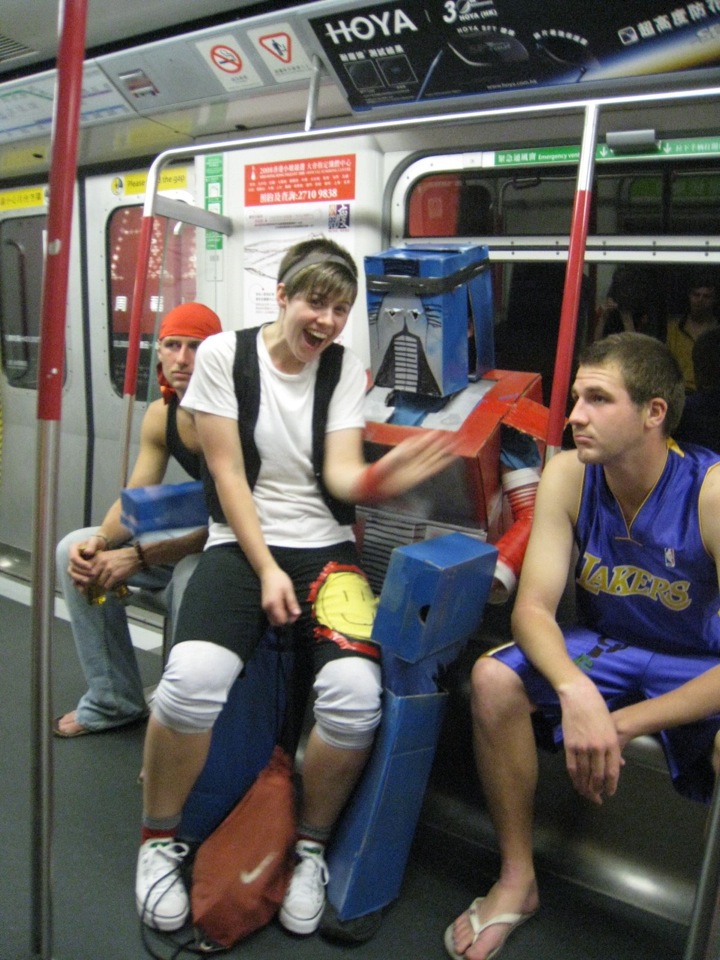 In a story about ejaculation — featuring a heavy dose of it as the centerpiece, anyway — China Daily chose to go with the non-descriptive headline “Molesting suspect held by police,” not sure why. (I know why.) The story:

The woman passenger, who was wearing denim shorts, said she suddenly felt something hot falling on her leg when the crowded subway was approaching the People’s Square Station — the city’s central and busiest station — during morning rush hour on Wednesday.

“I first thought that it was someone’s food,” she was quoted as saying by Shanghai Morning Post. She later found that it was the ejaculate from a man about 30 years old standing to her right.

Strange as that is, it’s this line two sentences later that made me go “Huh”:

Police said they are intensifying crackdowns on such incidents, which occur more often in summer.

I know that the writer means police are upping the penalties for such incidents in order to discourage molesters, but the word “crackdown” suddenly has me thinking of chastity belts and other weird shit. Would I ever consent to wearing one? Hmm.

And then: such incidents occur more often in summer? Sure, yes, molestation, since summer clothes are scantier, but perhaps more people ejaculate on strangers during the summer, too. I do wonder.

One last gobbet of humor:

Guangzhou Daily recently launched a survey on its micro blog about the necessity to open women-only compartments after reports of several molestation cases. Around two in three respondents ticked “yes”.

3 Responses to “Man Ejaculates On Woman In Subway”