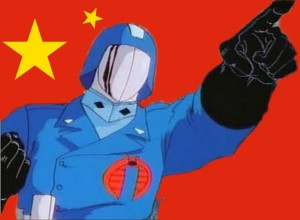 2014 has been an auspicious year so far for elephants. In January, the Chinese government crushed — the technical term for destroying — a whopping 6.15 tons of tusks, equivalent to one-sixth of the illegal ivory seized worldwide in 2012. The following week, Chinese officials worked with Kenyan authorities to apprehend the Chinese kingpin of a Kenya-based ivory ring.

These efforts are part of the Chinese-led wildlife trafficking operation with the badass name Cobra II, which led to more than 400 arrests and three tons of recovered ivory, basically all within the month of January. This government crackdown is a big deal in China, the world’s largest ivory consumer.

These efforts are part of a global trend. China’s crush followed a U.S. crushing of six tons of tusk in November and a Filipino burning of five tons (almost all of its national stock!) in June. Hong Kong, the “gateway for illegal ivory entering China,” announced a two-year plan to burn 28 tons of tusks.

But will destroying ivory stockpiles hinder the illegal trade? Economists argue these efforts drive up the price of ivory by decreasing supply without affecting demand. Even if the supply doesn’t change (after all, the ivory to be destroyed is already off the market), the highly publicized campaign may still create the perception of scarcity, leading to similar effects.

Conversely, past campaigns to decrease the price of ivory by flooding the market with tusks have failed. In 2008, China and Japan were allowed to buy more than 100 tons of ivory in a one-time sale. Despite optimism that this effort would undercut the illegal ivory market, it backfired. The Chinese limited supply by only releasing a few tons of ivory each year. This drip-feed of legal ivory failed to meet demand, and even led to the perception that elephants were no longer as endangered. Smuggling increased, and legal ivory now often serves as a cover for the illegal tusk trade. Unless there’s a good way to distinguish legal from illegal ivory, these two markets will always go hand-in-hand.

On the right track?

China is the world’s biggest ivory consumer and home to the largest ivory-carving factory. Ivory from a registered dealer is legal in China, and the demand is significant: in the Chinese culture of gift-giving, it’s a prized item. Under current circumstances, the country doesn’t have much of a shot at ending the illegal ivory trade. Linking it with bribes is perhaps a first step toward ending the trade, and is surely part of the appeal of China’s crush, which took place not far from Dongguan, Guangdong province.

Chinese-run ivory smuggling operations abroad are both an embarrassment to China and a threat to its relationship with other nations. By cracking down on such cases, the government sends encouraging signals to important African nations like Kenya.

While the ivory crush does not mean an end to China’s illegal ivory trade, it’s a promising sign. Ivory crushes accompanied by programs such as Cobra II give us hope. Nonetheless, without further restrictions on the legal ivory trade or an anti-ivory government campaign, elephant poaching will surely continue as Chinese wallets grow.