Here is 3 minutes, 17 seconds of two men getting the shit kicked out of them. Right here, the epitome of the expression “beaten within an inch of one’s life.” It’s brutal and vicious — and then the concrete blocks come out.

The two men lying prone on the ground were apparently thieves, but quoting the top commenter on the Youku video – “Even beatings have a limit, it’s not worth beating them to death.”

We’re gonna go ahead and slap a viewer discretion advisory on this one. Screenshots for those who would rather not click play: 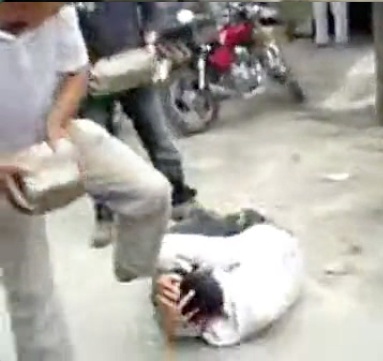 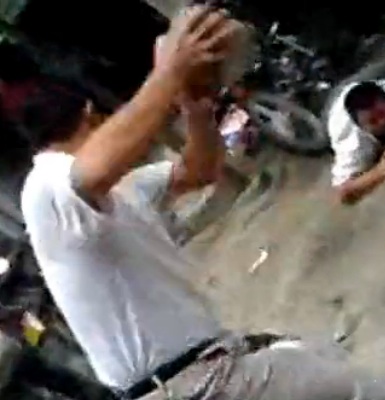 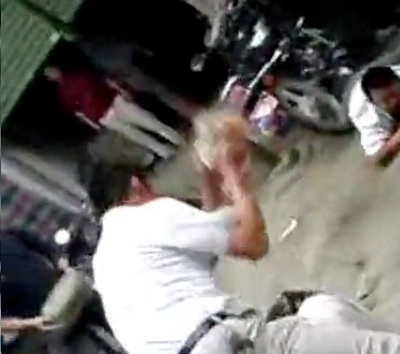 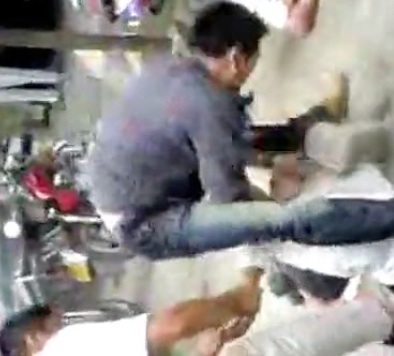 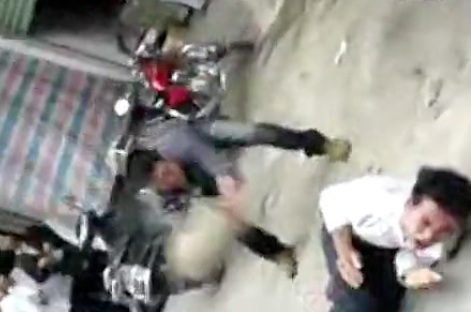 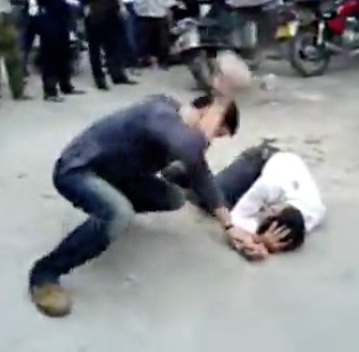