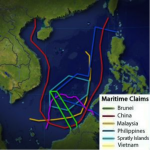 The South China Sea is pretty boring to most people, normal people. But China’s reaction to politics in the region is priceless, a full-on charm/punching offensive in Southeast Asia. The Association of Southeast Asian Nations held a summit last week, during which we learned China has territorial disputes with, well, just about every member with a coastline. 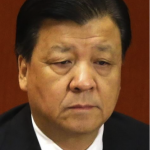 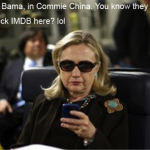 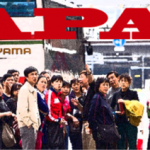 “Public accepts other views despite anger” is a piece from He Hu Should Not Be Named (or born for that matter) about some 2,200 tourists aboard the cruise ship Costa Victoria. “Tourists?” I hear you say through my mind's ear-hole. Yes, tourists. They did something insidious, something unthinkable, something that will make your blood boil and your bones do the dougie. They went to… 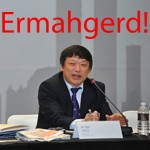 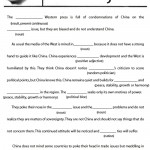 Mad Libs is a "phrasal template word game," according to Wikipedia, and who better to provide the template for such comedy than our favorite mouthpieces of the CCP? Let's play. 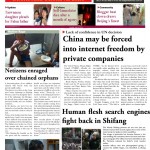