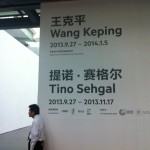 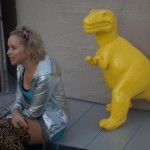 The Caochangdi branch of Beijing Design Week is an eclectic mess. The posters have the wrong dates. Designers didn't finish their work on time, so you'll find empty spaces in the place of installations. Volunteers might sell you a button or a program that's supposed to be free. You'll wonder what some exhibits, such as a mishmash of geolocation balloons and a physical "chat room" called "The Real Network," have to do with design. Mix it all together, and you have a wonderful template for the best and worst of Beijing. 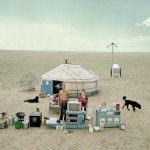 Two exhibitions opened in Beijing this weekend, both small yet worthier of a visit than many of the major ones held at, for example, the National Museum of China (unless you have a pressing interest in Louis Vuitton luggage). Saturday saw the launch of “Art, Design, Culture: The History of Penguin by Design,” first exhibited at London’s V&A. It recounts the history of the paperback (or Penguin’s at least), which was conceived by Allen Lane in the 1930s as a way to popularize books and learning. 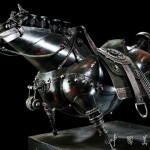 As to be expected from the invariably weird National Art Museum of China, the exhibition design for “Pneuma, Enlightenment, Harmonious: Sculpture Exhibition of Zhao Chengmin” was really freakin’ weird. First there were the dingy maroon walls — apart from the feeling of being in a ’70s smoking lounge, they wouldn’t be so bad except that... Read more » 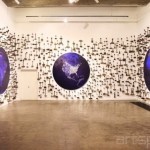 Installation art may be the only type that lets artists actually live up to their outsider, free-spirit, totally bullshit reputation. It’s also more fun for the audience to get to step into/touch/eat the artwork, so they tend to be crowd pleasers and museum favorites. I’m inclined to give artists more credit for giant installations because... Read more » 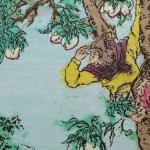 Today Art Museum, a totally unprecedented factory-cum-gallery space (it’s not unprecedented at all), has done us all the favor of cutting back on the galleries to focus on what art lovers really want: posh restaurants and cafes. I could go on along this vein, but this review really isn’t about Today Art Museum, featuring a... Read more »

First, as a token of good faith, I offer this piece of advice to all Chinese galleries: don’t skimp on wine at openings. Free-flowing liquor will ultimately work to your advantage when plying potential customers, especially when you’re going to need to exact mental debilitation on them to sell your wares. Case in point, the... Read more »