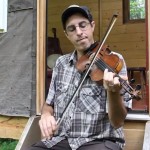 Some Old Time American porch music this week, in anticipation of Friday night's big "Roots Rage" show down at Mako Livehouse. The gentleman on the fiddle is Michael Ismerio, visiting us in Beijing from North Carolina. He's been gigging around town, sitting in with the Yellow Hutong Weasels and others, doing roots music workshops, playing shows, and calling square dances. Serious. He was the caller at last night's square dance at the Home Plate BBQ Sanlitun preview dinner. Goes something like this. Dare to be square, man. 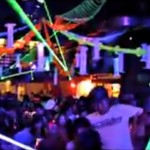 Throwing something a little different at the blog this week. Trance music. Yes, you welcome. 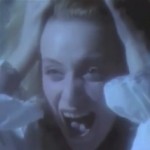 It's Friday, friends, and there's tons and tons of shit on this weekend. Tons and tons. Too much. Too, too much. And on top of all these good lookin' shows, it's Halloween as well. Damn. And it looks like it's going to be Halloween for the next three weeks or so as well. Seems like no one can figure out what day to celebrate it on. (Pssst! It's October 31, fuckers! That's when Halloween is! Not the Saturday before! It doesn't matter that you have to work the next day! It's on the 31st!) 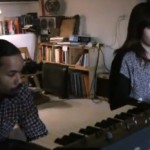 Welp. It's Friday night and… not too much on for live music this weekend. Bits and shits here and there, but looks like a pretty quiet one for the most part. Incidentally, if you're not already hip to it, the Live Beijing Music blog does these comprehensive weekend preview articles that are really useful if you're looking for more of a complete picture of what's out there and not just some random guy throwing random videos at you Friday night… 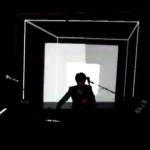 Lots of neat-o stuff going on this weekend and this one might have slipped under your radar. You should go if you want. Local DJ/producer Dead J is doing a new night this Friday night at Dada called DARK, which is, as the name implies, mandated towards darker elements of the electronic music spectrum. Expect harsher techno, industrial, atmospheric stuff, breakcore, suicide music, arty bullshit, noisy and dour blips, bleeps, and bloops. In a dance club setting. 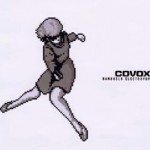 Here's some spazzoid computer music this week from Stockholm producer Covox, in fervid anticipation of his set at Dada this Saturday night. He's back in town for the ten-year anniversary of Shanshui Records, local producer Sulumi's platform for bananascore electronica music of local, international, and galactic origins. 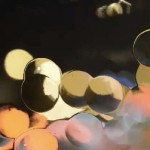 Once more into the breach, my friends. It's Friday night and... there's pretty much fuck all to do in Beijing. Pretty quiet weekend for live music, save for a few bits and pieces here and there. Could be worse though. Hey Beijing, at least there is exactly zero Limp Bizkit and Korn concerts happening in the city this weekend. That's alright, eh! 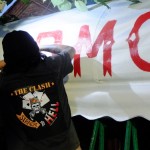 Beijing punk rockas get a new HQ this Saturday night with the opening of DMC, a new dive pub / live music venue out in Tongzhou run by members of two of Beijing's longest running "street" punk acts: Demerit and Discord. In honor of this momentous and historic occasion, here's a viddy of Discord's most famous home-town hit, "Beijing Power." Hat tip to LBM. 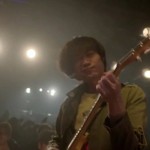 Something a bit different this week. Movie trailer instead of music video. This is the trailer to Dinosaur Rider, a movie "adapted from real events" about Beijing's "most hardcore punk band," Bedstars. The grand opening night, film screening, launch, debut, gala party, whatever-it-is, is tonight at 9 pm at XP. No entry fee. You should check this movie out. Greasy degenerate punk rockers on the big screen. Beijing pride.