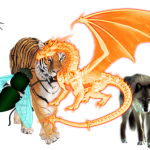 If politics and diplomacy get too confusing, just throw around some animal metaphors. As the Sydney Morning Herald reports, Senior Colonel Liu Mingfu (soon to be Private Liu or General Liu, depending on which way the wind blows and how much cash and guanxi he has) has stated that both a rabid tiger and wolf... Read more » 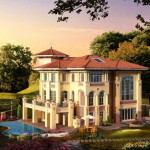 Are you interested in property with garish golden columns and statues of boys urinating, Hello Kitty doorbells and fluffy pink wallpaper? Now’s your chance: the fire sale of all fire sales in now on! As The Telegraph reports: Luxury properties are being dumped on the market in Beijing, Shanghai and Guangzhou for anyone able to... Read more »