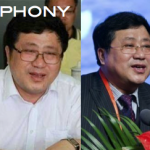 Most white people in Mainland China have misrepresented themselves at one time or another — or have at least been given the royal treatment without any probing questions into their backgrounds or credentials or even the assurance that they can string three coherent sentences together in any language, much less Mandarin Chinese. This is nothing... Read more » 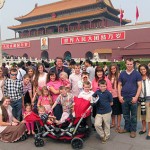 The Duggar flock -- 19 children (and counting!), their parents and a gaggle of grandchildren -- recently traveled to Beijing, Tokyo and Kyoto to film the three-part special installment “19 Kids and Counting: Duggers Do Asia.” The Arkansas-based brood, all of whom have a name that starts with the letter J, have achieved a degree of notoriety on their native turf for their fundamentalist Christian beliefs and baby-making lifestyle, which have come under attack for being environmentally irresponsible and what some argue is an archaic ideology that has unnecessarily contributed to global overpopulation.