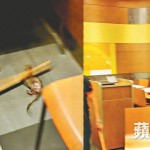 Check out these diners at a McDonald's in Kowloon City -- photo via Apple Daily -- "wailing," according to Coconuts Hong Kong, at the sight of a seven-inch rat scavenging for food. 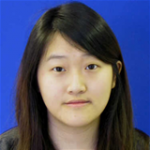 Sharon Kui Yee-Tak, a 25-year-old former teacher’s aide at Frost School, a Maryland-based private school for students with emotional and behavioral disabilities, is believed to have fled to Hong Kong, where her brother resides.