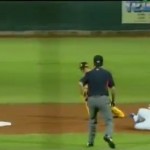 This had me laughing, too. It's unclear whether this video will have any appeal to non-baseball fans out there -- perhaps let us know in the comments -- but if you know Manny, you'll appreciate this. Yahoo's Big League Stew blog would like to remind us, however: 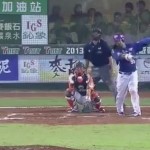 Manny Ramirez launched a beautiful 7th-inning home run yesterday while playing for the EDA Rhinos in Taiwan, a rocket to deadaway center. He now has 556 home runs in the big leagues -- 555 in the MLB, and one in the Chinese Professional Baseball League. Ramirez, 40, also happened to hit the 7,000th home run in CPBL history, according to Baseball America (citing Taiwanese media). 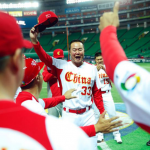 The story of China’s World Baseball Classic win against Brazil begins like any other: on a dirt field. “The field took just four months to build amid the high-rise apartment blocks on the outskirts of Changzhou,” begins Justin Bergman’s story in Time two years ago. This was Major League Baseball’s second training school, seeking to find Chinese... Read more »