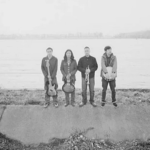 We're in a good place. Be back with you after the night.

The Beijing outfit Perpetual Motion Machine, formed just last year, is already preparing to release a second album, Imperial City Diary (皇城饮恨录). They'll be playing tonight at Blue Stream Bar to celebrate. Live Beijing Music describes it as "a concept album of sorts, one that gives a rock and roll history lesson on this great city (the band has often before made references to China’s history)."

"King Micah is a Tanzanian rapper based now in Beijing, China," says the YouTube description. No reason to disbelieve. Here is the man. We'll see you tomorrow, everyone.

[youtube http://www.youtube.com/watch?v=Fjm99zfydaM] Our first musical outro of the calendar year comes at the strong behest of contributor Matt, whose love for Faye Wong knows no bounds. You might know Faye from Wong Kar-Wai’s Chungking Express and 2056 2046, but she was famous before those roles and will forever be for her songs, including The Last Blossom 《开到荼蘼》, off the 1999... Read more » 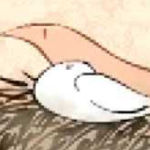 Tidings on this final weekend of 2012. Thank you for your support throughout the year. Stay warm out there, wherever you may be.

There are lots of New Year’s parties and shows in the next few days for those of you in Beijing. The Beijinger has a run-down of where to get down, while Beijing Daze has a list of shows coming up. The band we’re featuring here — described by Daze as “the next big band” – will be... Read more »

Don’t look now, but Christmas is Tuesday. As if you needed a reminder, here it is. Have an excellent one.