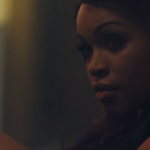 We’re gonna look different soon enough. Hang in there. Come have a beer with us tomorrow. 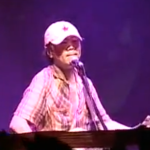 As the Beijinger notes, “They don’t come much more revered in the Middle Kingdom than Cui Jian,” the 51-year-old “father of Chinese rock.” He’s playing at the MasterCard Center (formerly Wukesong) tomorrow night as part of his “The Blue Bones” China tour, and tickets are still available. The above is from a 2006 unplugged performance in Beijing... Read more »
Rest well and we’ll get through this cold together. Changes are afoot, by the way. Details to come after the weekend.

Thanks for another great week. We'll be around. Enjoy Grateful Dead.

Michael Pettis's club XP will welcome Shanghai's Pairs tomorrow night, described by our music contributor as a "rad... nowave / shitrock duo." If you know what that means, you'll enjoy the show. They're joined by Gum Bleed, 16mins and Baby Formula. The song is the first single from Pairs's double vinyl album If This Cockroach Doesn't Die, I Will, which we're told is about people in the Shanghai music industry, and "really funny -- if you know who he's singing about." Music video by Dani Grant. 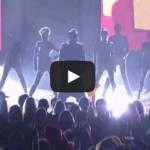 Are we even sure PSY knows how to rap? He lip-synchs every performance, right? And MC Hammer -- that dude. That dude, man. Enjoy your Thanksgiving weekend, everyone.

Shanghai favorites the Fever Machine will be in Beijing tomorrow to hold a release party for its two-song, 7-inch vinyl record, La Chupacabra. The guys will play a free show at Temple Bar starting at 9:30 pm, with the first 60 through the door receiving a free copy of the record. (They'll play Shanghai's Yuyintang on December 1, with free records going to the first 250.) The outfit's Beijing-based label, Genjing Records, describes it as combining "the swirling, spacey elements of psychedelia with progression song structures," with "melodic pop hooks" and the "grime of stoner rock and proto-metal without buffering out the dents." See for yourself: featured here, the album's title track.

We'll spend more time with you after the weekend. Stay safe and enjoy. 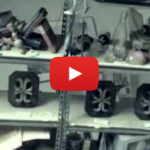 Here's Chinese Mandopop star Han Geng, who won Best Worldwide Act award at the MTV Europe Music Awards on November 11. Via Shanghaiist: Han, who originally came to fame as a member of K-Pop boy band Super Junior but left the group over contractual disputes, had a cameo role as Deng Xiaoping in the propaganda film The Founding of a Party. He was also an official torch bearer for the 2008 Beijing Olympics.

Friday Outro time! We know it's technically Saturday as we speak, but we ask that you be okay with this. Brain Failure, a punk band that started in 1997, is in the middle of a national tour that began October 19 in Hangzhou and will end November 23 in Chengdu. Tomorrow, the guys are in Beijing's Tango Club for one night only. Check out its promo video via Beijing Daze if you'd like to see more. The song embedded here is one of their most famous ones off its 2007 Beijing to Boston album.