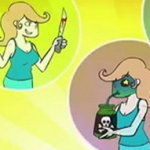 Our favorite talk show host, Gao Xiaosong, is at it again, this time talking about gun use and laws in the US in Episode 28: America Under Gunpoint. (Short synopsis: there are a lot of guns in America.) This one's not nearly as jaw-dropping as the first two episodes of Saturday Morning Cartoon. Enjoy it for the animation quality, I guess. 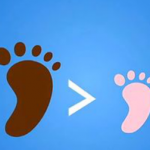 We're going to visit Episode 25 of Gao Xiaosong’s Xiao Shuo, which Jim Fields wrote about two weeks ago, one last time. The show featured two cartoons, and here we present the second of those. It's even zanier than the first, featuring lines such as, "I want to tan myself into a black person, attend the Olympics, win honor for my country," and: 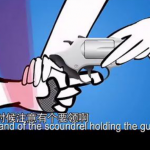 Our first edition of Saturday Morning Cartoon features a short animation from Episode 25 of Gao Xiaosong's show Xiao Shuo, which Jim Fields wrote about on Sunday. (You'll remember it was the episode in which Gao Xiaosong talked about black people -- specifically those in America -- and we were reminded that Michael Jordan is black.) Highlights of this animation include: how to prevent a mugger from firing his gun; how to defend against a knife attack; and, "Raise your right leg, aggressively kick the groin."