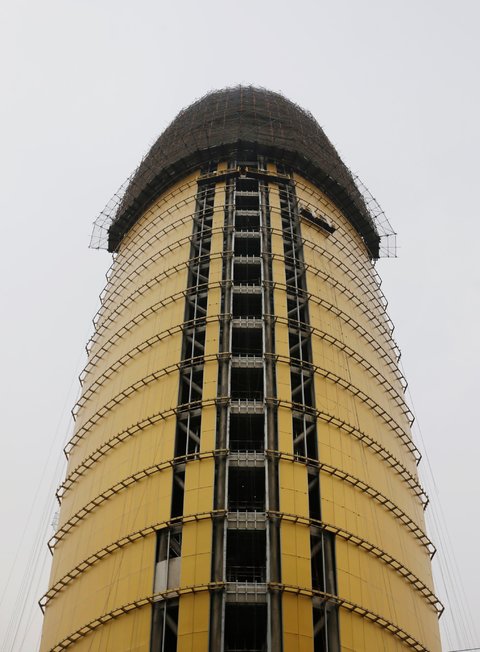 The New York Times launched a China blog called Sinosphere, and here they are writing about People’s Daily’s new building in Beijing:

In an interview earlier this year, the architect, Zhou Qi, said he knew of some of the comparisons being drawn between his building and other objects.

“People say it’s like a chamber pot, or a penguin. So what. There are always these voices. I don’t mind a bit,” he told the news Web site news.xinmin.cn.

“When new things come out people always view them negatively, this is a broad social attitude. But I’m confident that when it’s finished and people see it, they will embrace it,” he said.