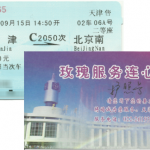 By Jim Fields Recently, I went to Tianjin on a one-day business trip. In the morning, a co-worker picked me up from my apartment at Yonghegong. After completing my business-related tasks, I bid farewell to my colleagues (who had more to do) and took a cab to the local railway station, where I planned to buy a... Read more » 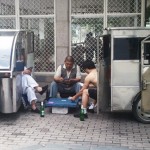 By Jim Fields Every day, I bike past these three supernaturals on my way to work. They hold court over the southwest corner of Dongzhimen Bridge, existing in the shade north of Subway Exit D. Every day, no matter where the sun happens to be in the sky, no matter what ad plays on the... Read more » 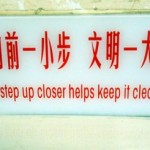 By Jim Fields New arrivals to Beijing often revel in the sheer chaos of the city. Cars, bikes, and motorized tricycles compete for inches of pavement (sometimes resulting in ungodly traffic jams). Children drop trou and relieve themselves among dining patrons at restaurants. And, of course, as any foreigner in China will tell you, there are no open container... Read more » 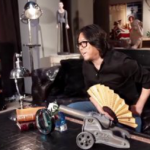