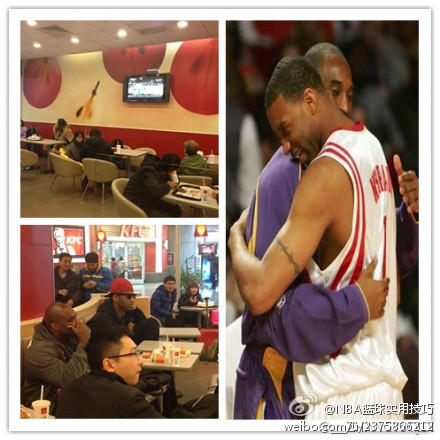 Tracy McGrady’s first season in the CBA has been pretty rough, but has it really come to this, T-Mac? Watching the Lakers play from an airport McDonald’s? The above comes from Sina Weibo via Adam Minter, and it’s sadly funny on many levels.

One wonders if there’s anything in the world that’ll bring a smile to his face. Winning, perhaps? McGrady spiked the ball after the final buzzer of Qingdao’s first win of the season on Wednesday against Jiangsu. They won again yesterday, but alas, are still a dreadful 2-13.