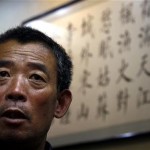 Authorities still don’t get it. It’s over. Chen Guangcheng is gone. He’s in the hands of overseas activists now, and hasn’t said a thing that was new or interesting since winning the Lantos Human Rights Prize in late January. In other words, stop doing THIS SHIT: Security personnel in eastern China are carrying out a nightly harassment campaign... Read more » 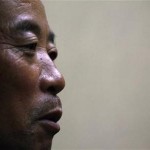 Here's Tania Branigan of the Guardian: The brother of the Chinese activist Chen Guangcheng has fled his family's captors in a second audacious escape from their village in eastern China. Chen Guangfu arrived in Beijing early on Thursday morning after breaking out of Dongshigu, where relatives have been living under tight guard since his brother, who is blind, fled to the US embassy in Beijing last month, according to lawyers in the capital.