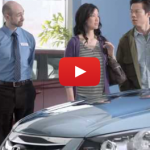 Less racist than Hyundai's commercial, some would say. Although really, Hyundai's commercial is not racist. Let's chill a bit with the R word, alright? The term has begun to lose meaning due to overuse. American culture almost has to invent new ways to differentiate between different levels of racism, kind of like what Inuits do with snow. We're basically at the point where "Chink in the armor" seems to be America's baseline racism, which is a shame, because I think that designation should belong to something like, "Get off my lawn you squinty-eyed squarehead." But as is, real racism now has to be designated "racistest" (or something), and a comment like "Asians are good at math" is "raci"... instead of, you know, true. 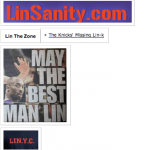 Deadspin’s Barry Petchesky posted excerpts of an email sent by the Asian American Journalists Association yesterday (earlier today for those in China) that includes a list of stereotypes for journalists to avoid when covering Jeremy Lin. As Petchesky hilariously points out, “Half of these are references nobody’s even made yet, so thanks, AAJA, for giving racists... Read more »