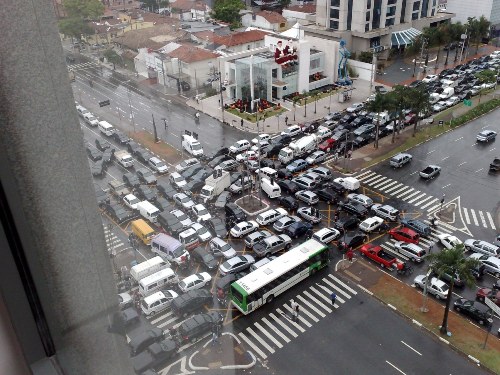 The above picture comes via George Ding of the Beijinger (you might remember him as our first Three Shots guest). He writes:

Yeah, we get the idea all too well. Fucking traffic, man. Fucking fuck.

– this picture was not taken by George Ding, but was pulled from Google, and may or may not even be from China. Sorry, folks.