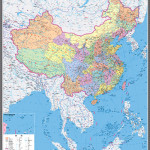 China upset many Asian countries in November by issuing a new passport that included contested South China Sea islands within its pages, and just to show you how they’ve learned from criticism, the National Administration of Surveying, Mapping and Geoinformation (NASMG) has just published, via Sinomaps Press, a new set of vertical-format maps that include more than 130... Read more » 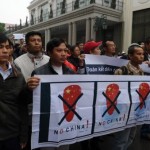