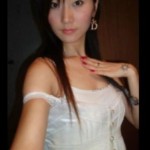 The Chongqing sex scandal is getting very, very interesting. Whatever intrigue was already inherent in a scandal involving a high-ranking Party official and his mistress, raise it to the power of Wang Lijun and Bo Xilai. Let’s start here: The femme fatale has been identified as Zhao Hongxi, who was 18 years old in February 2007... Read more »

UDPATE, 11/26, 2:20 am: Lei was set up. The video was taken by 18-year-old Zhao Hongxia, the unfortunate lady in this sex tape, in February 2007 . She was hired by the boss of a construction company whose bribes to Lei failed to win him a coveted contract. Here’s more info, including pictures of Zhao... Read more »