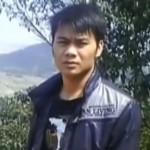 Another elevator accident in China, but this one involving a lift of a different variety. A 23-year-old waiter was crushed to death by a "food elevator" in a Suzhou restaurant on Saturday, reports Shanghai Daily. The food elevator smashed his head as he poked his head into the shaft to check. He was jammed in the gap and people around him called the police immediately. The waiter was pronounced dead upon arrival at the hospital. 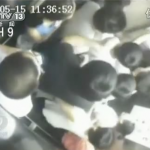 On May 15, a 24-year-old nurse surnamed Wang was cut in half by an elevator after she found herself pinched between its closing doors. That sentence is horrific enough, but what about more details? The victim, a nurse surnamed Wang, was trapped in the elevator in Changhong Tower in Shenzhen's Luohu district, when it stopped due to failure. Since the door was open the woman attempted to exit, but the elevator started moving again. The elevator fell at least three stories, killing Wang. Those details are definitely sufficiently horrific, but what about the video?