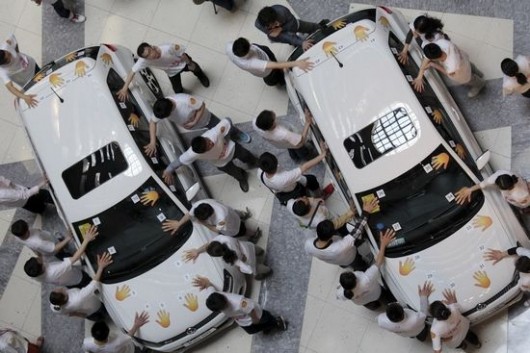 What if we told you the last one to stop touching the car gets to keep it? How long could/would you touch it, then?

Yesterday in Shanghai, some 60 people began competing to win a new Volkswagen Polo by keeping their hands pressed to it. According to China Daily, contestants were allowed one 15-minute bathroom break every six hours, and the last person to remove his/her hand is the grand prize winner.

To the best of our knowledge, this competition is currently ongoing. It started yesterday, right? Last year, the winner of a similar contest touched a BMW for 87 consecutive hours. EIGHTY-SEVEN. He said the experience felt like “being kidnapped.” 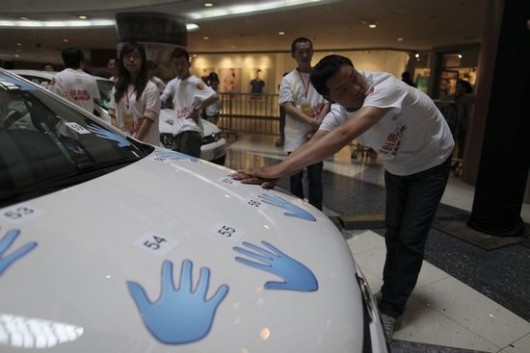 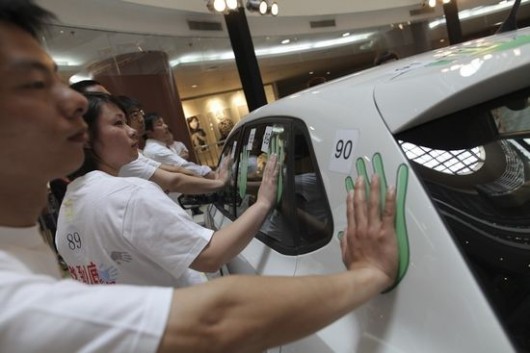 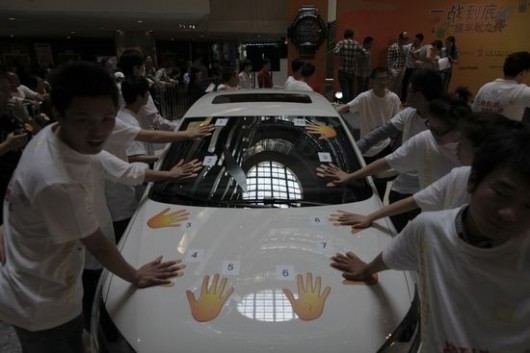 4 Responses to “How Long Can You Touch A Car?”