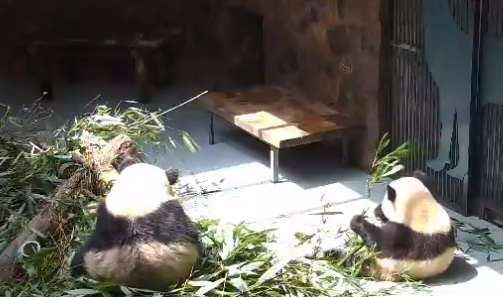 As WSJ’s China Realtime Report noticed, you can now watch pandas all day, every day, with the Chengdu Research Base of Giant Panda Breeding’s 24-hour live feed. It’s a screenwriter’s dream.

Viewers can watch the pandas at the base in southwestern Sichuan province, part of their native domicile, via 28 cameras planted in five areas that will feed six channels: “garden for adult pandas,” “kindergarten,” “nursery for twins,” “mother-and-child playground,” “No.1 Villa” and “featured.”

…For the country that is home to the giant pandas, China is a late mover in setting up a live feed, though it is stepping in where others have quit. Last October, Thailand pulled its zoo-based panda show after nearly three years, while Hong Kong’s Panda Channel says on its website that its bear broadcast from the Ocean Park theme park will cease this weekend.