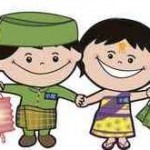 From a place that loves quantifying the unquantifiable, such as happiness (congrats Haikou!), and numerical rankings of everything, and buzzwords such as "harmony," it's no surprise that a Chinese academy has reportedly mastered the science of measuring collective "honesty and mutual trust," among other things. Here's Xinhua with an explanation: