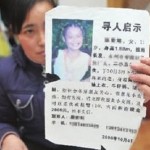 Tang Hui, the mother of an 11-year-old kidnapping, rape, and forced prostitution victim, was sent to a reeducation through labor camp last August for daring to raise her voice to say her daugther's rapists got off easy. The decision sparked outrage, and though Tang only served one week of her 18-month sentence, her case may have been the impetus behind proposed reforms to dissolve forced labor camps.