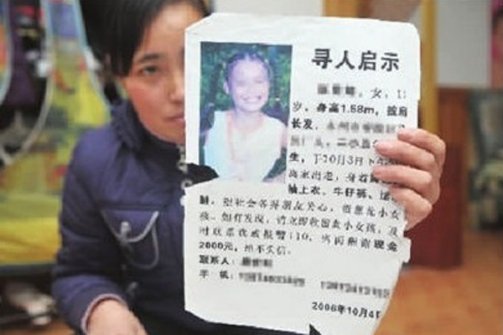 Tang Hui, the mother of an 11-year-old kidnapping, rape, and forced prostitution victim, was sent to a reeducation through labor camp last August for daring to raise her voice to say her daugther’s rapists got off easy. The decision sparked outrage, and though Tang only served one week of her 18-month sentence, her case may have been the impetus behind proposed reforms to dissolve forced labor camps.

This morning, a high court in Hunan province went a step further by ordering the Yongzhou municipal re-education through labor commission to pay Tang 2,941 yuan in compensation, reports Xinhua. The sum may not seem like much, but consider that just in April, a court in Yongzhou denied her request for compensation and an apology.

Oh, and that apology? She got that too, on July 2. Reports AFP:

A Chinese police chief who sentenced the mother of a rape and kidnap victim to hard labour apologised to her during a court hearing on Tuesday over compensation, she said.

…The head of the committee that sentenced her admitted in court on Tuesday that its action was “not appropriate”, Tang said by phone.

She said that Jiang Jianxiang told the court he “had not taken into account humanitarian care and sent me to labour camp, which was not appropriate … so he gave an apology.”

That day, the court announced on Sina Weibo that it would “issue a decision at a future date.”

That date was today, apparently. The results are good.