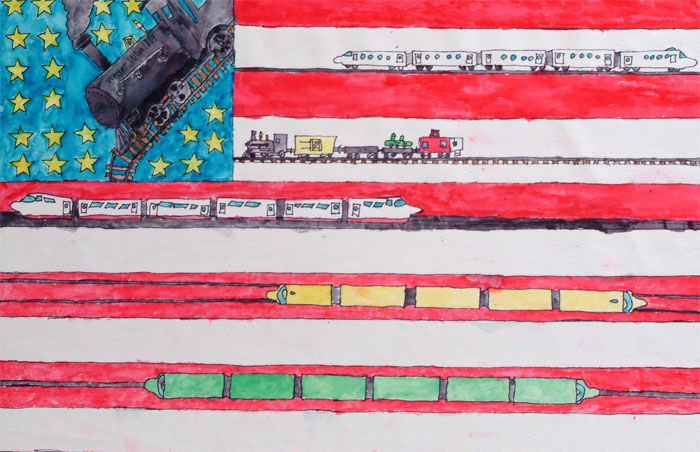 This lead by Foreign Policy’s Josh Rogin is pretty much the perfect example of an online magazine lead:

Echoing the laments of pundits like Thomas Friedman of the New York Times, U.S. Transportation Secretary Ray LaHood argued Saturday that China outpaces the United States in building major transportation infrastructure like high-speed rail because of its authoritarian system and because the Chinese don’t have the Republican Party holding up progress.

You can read the rest here, in which LaHood emphasizes that democracy is the best type of government but, “Two years ago, between 50 to 60 Republicans were elected to the House of Representatives to come to Washington to do nothing, and that’s what they’ve done and they’ve stopped any progress.”

So, to paraphrase Winston Churchill: Democracy is the worst form of government except all the others that have been tried, except democracy with Tea Party Republicans, which is truly the worst.

(The above image comes from the website for the George Bush Presidential Library and Museum, where you’ll find other neat K – 5th grade drawings of trains. I also rather liked this one by 4th grader Brooklynn Head, which I’m sure Maddox would love.)

2 Responses to “US Transportation Secretary On Why America Doesn’t Have China’s High-Speed Rails: Republicans”