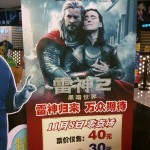 We're going to assume this was an accident, because in which universe would a fan-made poster depicting hunky Thor with his arms wrapped around an aroused Loki find itself front and center at a mainstream theater? (If you answered "Asgard" in your head... congratulations!) Atlantic Wire has this wonderful tale: 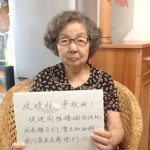 "I'm 90 years old," the young lady in this video begins by saying. "My grandson, @木头宅, is gay. He is very dutiful and sensible. I love him dearly. I hope he finds a good boyfriend and lives a happy life, and I hope that the government supports him." 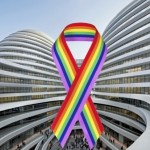 That's Beijing dropped a bombshell yesterday, reporting that Galaxy Soho's management apparently doesn't want the city's LGBT Center to have an official presence at the Craft Beer Festival this Friday and Saturday. Specifically: After (beer festival organizers) submitt[ed] their festival proposal – which included a description of a LGBT Center booth to the Galaxy Soho management, they were informed that the Center’s representatives would not be allowed access to the venue’s premises, over concerns that LGBT members would not fit with the the site’s architecture ("和我们的建筑 不太吻合").