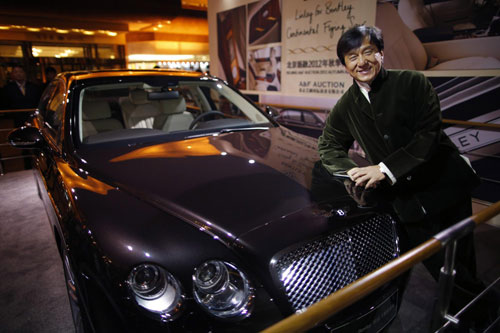 I remember Jackie Chan’s Hollywood breakthrough film, Rumble in the Bronx (1995), as somewhat of a novelty. I was young then, and in no position to appreciate his previous work, so I bought the film industry’s characterization of him as a glorified stuntman. I chuckled at the anecdotes about production delays due to sprained ankles (he does his own stunts!) and, on channel E!, funny blooper reels usually involving head-smacking on tables or floppy towels.

That line — “he does his own stunts” — was Chan’s safety net, I now realize. If he failed as an actor, Hollywood would point to his stunts as justification for giving this unknown Asian a chance in the first place. It was, to borrow a local phrase, a way to save face. I must have subconsciously understood this, because more than cheering Chan’s spotlight, I secretly hoped he merely wouldn’t screw up — for the rest of us, that is, us Asians who preferred staying on stage apogee.

I’m not sure when it was that I began to realize he had staying power. Maybe when he starred alongside Owen Wilson in Shanghai Noon, or played perfectly off Chris Tucker in Rush Hour. These were the first big-time Hollywood comedies in which an Asian actor was asked to be funny — to put legitimate laughter in a Western viewer’s belly — and that he pulled it off, to me, was remarkable.

I must have been in middle school then, trying to survive a new school district in the heartland, still finding my voice in a culture that can, at times, be exasperatingly intolerant of quirks — of foreignness. I’m not going to overstate things: Jackie Chan didn’t change my worldview, or necessarily make my life easier. He didn’t inspire me to “be myself.” But he was somewhat of a revelation. Despite his broken English, his quirks in an industry that only made room for token minorities, Chan was not a source of embarrassment. He turned stereotypes on their head and pulled off cool, which — let me tell you, as 15-year-old me — was difficult. Do you understand the words that are coming out of my mouth became a meme, and not for the wrong reasons. That is, it empowered Chan’s character. Look at the expression he gives Chris Tucker: it says, “Dude.” That’s all. There’s no platitude there, no lecture, no anger. Just: “Dude.” It’s the same look that teenage me gave or wanted to give an untold number of classmates who thought “ching-chong” was funny.

It’s not with sadness that I pass along Chan’s announcement that his upcoming film, Chinese Zodiac 2012, will be the last action flick in which he stars on-screen. It’s not that significant of an announcement, all told, considering he never said he’s done with action movies altogether. Reuters:

“I’m not young any more, honestly,” he said, noting that with special effects technology and doubles a lot can be done without physical risk.

But it is somehow important, because he’s finally rolling up his safety net as he advances into the third stage of his career. Jackie Chan has always been about more than his stunts. It’s about time we all admit that.