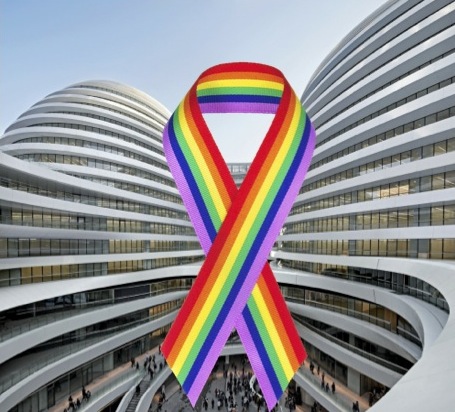 That’s Beijing dropped a bombshell yesterday, reporting that Galaxy Soho’s management apparently doesn’t want the city’s LGBT Center to have an official presence at the Craft Beer Festival this Friday and Saturday. Specifically:

After (beer festival organizers) submitt[ed] their festival proposal – which included a description of a LGBT Center booth to the Galaxy Soho management, they were informed that the Center’s representatives would not be allowed access to the venue’s premises, over concerns that LGBT members would not fit with the the site’s architecture (“和我们的建筑 不太吻合”).

That’s Beijing‘s attempts to get clarification from Galaxy Soho were unsuccessful (we also sent two emails to Soho contacts but have yet to receive replies).

The small-office, home-office complex, which hosted the Beijinger’s Bar and Awards party last month, was designed by Pritzker Prize-winning architect Zaha Hadid, and as it now stands, a significant segment of the expat community here thinks they are institutionally homophobic. (Note to Soho: rectify this, ASAP. Do we need to tell you why?)

I wonder what the reaction would have been if it had been a Chinese ethnic group that Galaxy Soho had denied entry to? Discrimination of the LGBT community in China needs to be absolutely and wholly rejected – especially by those of us who are lucky enough to come from countries where gay have the same rights as everyone else. I hope the Soho management realise that their actions are outdated, misguided and they change their policies – but if that doesn’t happen then I’d settle for Galaxy Soho becoming the most flaming queer hang out/ make out spot in Beijing.

The LGBT Center is encouraging Beijing’s gay community to attend the Craft Beer Festival at Galaxy Soho in droves. Stephen Leonelli, the Development and Operations Director of the Beijing LGBT Center, gave this statement to That’s:

“I don’t want to protest SOHO, because strategically we know from experience that is not the best way to achieve our goal of acceptance and equality. My strategy, is to have a presence and raise visibility for LGBT people at the event. I do not want this opportunity to be lost.”

We’ll be there, and we’ll let you know how it goes.

UPDATE, 6/20, 1:35 pm: Carl Setzer of Great Leap Brewing tells us that SOHO Properties is now okay with the LGBT Center’s participation, and that the center will have an official tent at the Craft Beer Festival. Also, he said the homophobic statement was the result of “one bigoted mid-level manager” who has been reprimanded.

Beers, but no queers (That’s Beijing)