We liked the build-up in this video written by The Blockton Brothers and directed by Matt Peccini, but just wish the punchline could've been rehearsed a few more times, preferably not in an indecipherable dialect of Chinese. Contrast with the Honda commercial: now there's a foreigner who studied at a Mandarin school.

Animator/filmmaker Ellie Lee was featured on this site last month for her animated series Chinafornia, which is currently seeking support on Kickstarter. You should go check it out, because it looks like one of those creative projects about China that is actually original and unique, with all the right people working behind the scenes to make it a success. Both China Daily Show and BJC contributor Alicia have endorsed it. 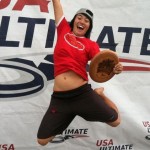 Christy, via Ryan Kilmer |The Chinese in America Gallery| 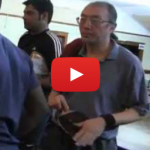 His name is Xue Di, and according to the Providence Journal, he is a dissident Chinese poet who has been "the league champion at the Rhode Island Table Tennis Association in Manville" for 10 straight years. How do we start listing the ways in which this is awesome? With his voice, which rises a few octaves when he gets excited? With the fact that this video is entirely about ping pong? 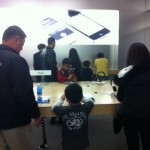 Kids will be the death of us all. |The Chinese in America Gallery| 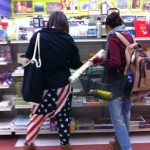 |The Chinese in America Gallery|
A friend was on a plane from Beijing to the western US recently when a 30-minute show about food trucks came on, an interlude for the in-flight entertainment. The show included a five-minute segment on Sugar Philly Truck, run by a guy whose schtick is he needs a date and thinks ladies love sugar (something like... Read more » 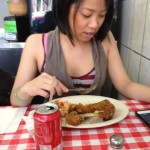