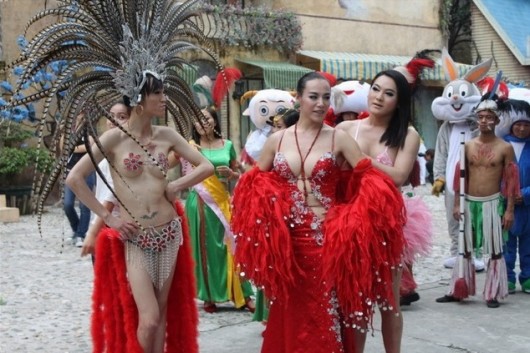 It’s the holiday, so you’re probably not reading these links. Carry on.

Head. Shake. “But something baffling arises when one compares the number published by the central government with those published by provincial authorities. By April 29, all of the 31 provincial governments had released economic statistics. Among them, in all defiance of the law of averages, no single province claimed a real GDP growth rate lower than the nationwide number. What gives?” (Tea Leaf Nation)

Grrr. “It’s known in China as the ‘river pig,’ the finless porpoise that has lived in the Yangtze River system for about 300,000 years but may become extinct within 10. Why?” (Rendezvous)

FC Guo’an doing well. “Even defeat at the hands of J.League champions Sanfrecce Hiroshima might not be enough to deny Beijing Guoan a place in the AFC Champions League’s last 16, as the club from the capital seek to reach the knockout phase for the first time since 2010.” (SCMP)