Via Huffington Post: A tragic video of a bizarre car crash that killed three people in China in late August 2011 has gone viral. The footage, which aired on a Mandarin-language newscast, was taken by a traffic camera in the southeastern city of Fuqing just after 5 a.m. on August 22, 2011. According to a Chinese... Read more » 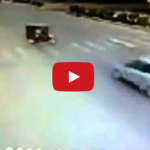 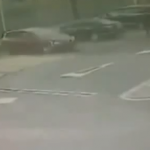 A new Traffic Light video goes up in 30 minutes. Until then, please let the above serve as a reminder to never confuse accelerators for brakes. 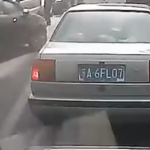 This week's Traffic Light video goes up in 30 minutes (next week features the starkest video yet, so this week we'll give you the mildest). Don't be a fool on the road like the guy above. 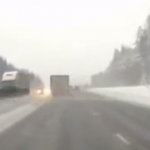 The worst part about what happens here is you see it coming and you want to shout some warning to the guy, a simple "Wait!" or "Whoa there!" But there's no pause button in real life: it just happens, sometimes in slow motion -- the man hesitating, quickly glancing both ways to make sure he can at least clear the first couple of lanes; the slow-moving white van concealing the fast-moving white van on its (and the man's) blindspot; that final stride, a gallop of faith... 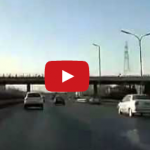 The above video apparently shows a driver racing around a Beijing highway. Much like in BJC's Traffic Light videos, there's eventually a crash.