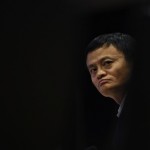 The SCMP reporter who got Alibaba chairman Jack Ma on record comparing his leadership decisions with Deng Xiaoping's during the 1989 Tiananmen crackdown has resigned after being accused of editorial tampering. In a statement released on its website, SCMP claims its reporter, Liu Yi, surreptitiously "accessed the system and replaced the editor-approved article with an altered version in which Mr Ma's reference made in relation to June 4th was removed." 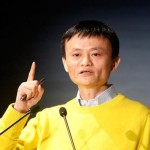 Alibaba founder and chairman Jack Ma (Yun) was interviewed by South China Morning Post last week, and in an article published Saturday, dropped this nugget of a quote: "I made cruel decisions when thousands of Alibaba’s customers were involved in fraud, and when we adjusted Alipay’s structure. As the CEO of a company, you have to do that. It’s like Deng Xiaoping, the then top leader, had to make cruel decisions during the June 4 crackdown for the country’s stability."