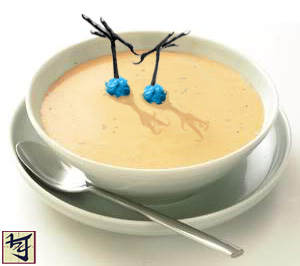 At the end of every year, the meejah publish lists: what’s what, what’s hot, what’s not, what’s frot — y’know, “Top 10 Worst Celebrity Red Carpet Frock Horrors!” and other such high-water marks for journalism.

But being lazy and living in China, we thought we’d wait until the end of the Dragon Year to do something similar. And seeing as we’re cheeky and crass, we thought we’d take a slightly different approach.

So here it is, our list of the 28 China-related Twitter accounts that, indiscriminately chosen via no particular criteria, have earned a place in our Hall of Flame. This collection took about five minutes to compile, so please don’t feel offended if you’re not included. There’s always next year…

Speaking of which, nominations are now open for yourself or others for future iterations of the Beijing Cream Twitterati.

Even the most mundane observation treated as holy writ.

Had us confused with @niubi for MONTHS. More confusingly, Albano’s website is Niubi.com.

Responsible for everything you hate and love about Global Times. Lives under fake Qing-style bridge, probably. Follows only one other Twitter account: his own newspaper’s. You can’t make this shit up… can you, Mr. Hu?

The CPC's decision against Bo Xilai highlights that nobody is above the law and discipline in China. http://t.co/P2HiJ5OW

Avowed “friend of China.” Keeps good, long memory for grudges – bit like his friends in government.

Can always be counted on to humblebrag, be irritating, or fail to realize she’s being a humblebragging irritant. Took us exactly four seconds to find example tweet.

I love I find out that I'm in the morning papers by having a friend text me ;p http://t.co/lOPRRYOr

Like Jimmy Page and Keith Richards before him, retired from rock ‘n roll to become PR frontman for tech giant.

Has anyone read the newest Umberto Eco novel "The Prague Cemetery"? Thoughts on it? Loved "Foucault's Pendulum," if that helps.

Successful despite hailing from country that instituted Apartheid. Enjoys a sherry or two before recording podcasts.

Will assassinate you on Twitter, judging by his profile pic.

Chummy Canadian loves to let you know about his lunch habits.

Continues epistles about China from the safety of the US. Look, dogs!

even MY email got hacked (at least) once while I was in China, and I have no connections. Pretty sure it happens to real foreign media a lot

Ziggy sleeping next to the cactus in our nook. Lighting's good

sunny inside but -9 celsius outside pic.twitter.com/aHJIguQs

The below was tweeted after a series of interminable updates of his video uploading activities on Vimeo.

Yet the updates continue…

Tweeting behind a mask, often with punctuation or spelling typos that ruin the joke. Scurrilous.

'Don't write a China memoir' – 14 Snake Year resolutions you may not have considered http://t.co/p6J7J2ut

@tiffwang And lord knows you've needed the help on more than one occasion!

Is actually running our Twitter piece in this month’s magazine. Hmm.

New issue is out at a bar, restaurant or hotel near you. It's great for picking up girls.

Ultimate Frisbee aka “supreme disc” aficionado who is random and irrelevant. Oh so weird.

Logo reminds us of NAMbLA‘s. Content isn’t as likeable, sadly.

Nude toddler to face death penalty for mooning Li Keqiang. Flashing a senior party official is punishable by death. More as we get it.

The jokes about “Dad,” famine and swapping nukes for an iPhone 5 were amusing for about four tweets. Astonishingly, has nearly quarter-million followers; follows only one (Kim Kardashian). LOL?

Unverified and thinly sourced. Also, the name. What next, Yum! Daily?

True believer in the expat mag. Basically an asshole.

Xi Jinping was appointed secretary-general of 18th National Congress of the Communist Party of China on Wednesday, a spokesman said.

We're on autopilot today. If anything burns down, it wasn't our fault.

To slag this much is to love.