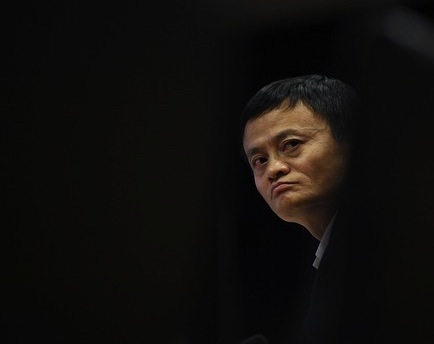 The SCMP reporter who got Alibaba chairman Jack Ma on record comparing his leadership decisions with Deng Xiaoping’s during the 1989 Tiananmen crackdown has resigned after being accused of editorial tampering.

In a statement released on its website, SCMP claims its reporter, Liu Yi, surreptitiously “accessed the system and replaced the editor-approved article with an altered version in which Mr Ma’s reference made in relation to June 4th was removed.”

CORRECTION, 2:18 pm: Due to a misreading, I wrote, “This looks bad for the South China Morning Post in more ways than one. The publication burned a source who said something he would rather not have — the reporter was completely within her rights to do that, by the way — and then burned its own reporter for being too good at her job.” Upon further review, it appears Liu Yi was the one who deleted the June 4th reference (thus the editorial tampering). Apologies to SCMP’s editors. The rest of the post stands as published, with strikethroughs over the parts that deserve open mockery.

Of course, if you believe the official line — the one spouted by Alibaba and Jack Ma, and which SCMP’s editors seem to endorse with their editing — you’d think Liu Yi basically made up the quote. According to WSJ:

In reaction to the quote, Jack Ma said in a statement on Thursday: “I was trying to describe the circumstances under which I made tough decisions when I was CEO of the company. Regrettably my remarks as reported [by the SCMP] did not reflect what I told the reporter, and caused a terrible misunderstanding.”

In case you didn’t understand what Ma was saying…

In a second statement released early Saturday on an official Alibaba Group microblog, the company said: “We don’t intend to question the SCMP’s motivation for the interview, but, according to the sound recordings of the interview, we found that the root [of the problem] is that the SCMP quoted improperly.”

We don’t intend to question the SCMP’s motivation for the interview, except that’s exactly what we’re doing right now. If SCMP quoted so improperly, one wonders why Alibaba hasn’t released the interview recording, or at least transcribed it the way they heard it. You know, proper way and all.

“Notwithstanding, the South China Morning Post continues to stand by the original article,” SCMP’s statement reads.