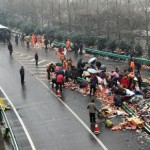 If you spill it, they will come. We’ve seen it before: a vehicle carrying a perishable good overturns; people flock from all corners to bag the fresh groceries. This happened twice in the last few days. The first time, on Thursday, an apple truck in Shaanxi province tipped over, attracting about 60 people. The very next day,... Read more » 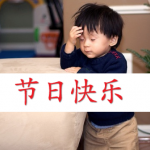 How many Saturdays and Sundays will you be working next year? The State Council is here to fill you in (English version here). These are always hilarious, so let's dive in: 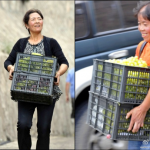 Last week it was eggs. Now it’s grapes. Sina Weibo (where the above pictures are from) has been buzzing in the last 24 hours about this story from Lianzhou in Gansu, one of China’s poorest provinces. On Wednesday, a truck tipped over at a turn and spilled about 300,000 yuan’s worth of grapes. That’s 300,000. Local... Read more »

In Zhengzhou, Henan province on Thursday morning, a man in a motorized three-wheel wagon was a bit eager at a yellow light, according to a witness, and crashed into another vehicle, causing him to lose his cargo of 700 jin of raw eggs. We’re not talking about a restaurant server dropping a stack of plates here... Read more »