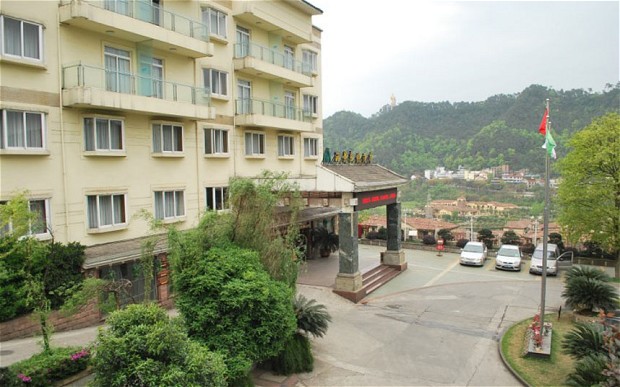 Via Malcolm Moore, the Telegraph

The Lament of Neil Heywood: Well, since Gu Kailai left me, I’ve found a new place to dwell. It’s down at the end of Lonely Street at Lucky Holiday Hotel.

Your lead Bo Xilai story is about Wang Lijun and US involvement. “According to the officials’ version, the American diplomats who oversaw his brief, bizarre stay pre-empted any formal application for asylum because of the difficulties of spiriting him out of the country and questions about his eligibility. Instead, they said, the State Department shielded him from almost certain arrest by police officers loyal to Mr. Bo and ensured he could make his accusations in Beijing.” [NY Times]

Bo is almost certainly under shuanggui. “Translated below, a recent post by Chinese blogger Chu Zhaoxian (储昭贤) reveals a lesser-known, and arguably equally ruthless, tactic primarily used for dealing with Party members accused of corruption: shuanggui (双规). People facing shuanggui, which can be translated as “dual designation” and refers to a designated time and place of inquiry, are usually apprehended at their places of work or summoned for ‘voluntary visits’ with investigators…. // Shuanggui usually lasts several months and can extend to more than one year. Some shuanggui cases, particularly high-profile ones, are converted into criminal cases and adjudicated through the formal judicial process. The typical sentence is death or life imprisonment, with all property confiscated and official positions revoked. The following table summarizes some recent cases.” [Dui Hua Human Rights Journal] (H/T RFH)

The first quote’s from Bo Xilai; the second Bo refers to his son, Guagua: “’A few people have been pouring filth on Chongqing and me and my family,’ he told reporters. ‘They even say my son studies abroad and drives a red Ferrari.’ // But Mr. Bo does study abroad, and American officials say he arrived in a red Ferrari last year to pick up the American ambassador to China’s daughter for a date.” [NY Times]

Bo Xilai’s effect on the Party. “In the view of some analysts and party insiders, that same scandal has raised the notion of high-level misconduct among China’s elite to a level that some say could have far-reaching and unpleasant implications for stability. It could cast a long shadow over one of the party’s linchpins: the notion that a handful of all-powerful officials and retired elders are better qualified to pick their successors than are ordinary citizens.” [NY Times]

Hell of a headline: “Dead Brits in China: a historical perspective.” [Beyond Brics, Financial Times]

For the record, cultivating personal popularity for political gain is awful, and I wish people would start talking about that as one of democracy’s shortcomings. “Others saw him as pioneering a western-style of politics that sought to cultivate personal popularity, rather than loyalty to the party.” [The World, Financial Times]

Reuters is sinking deeper and deeper into the well with its anonymous sources. And they love telling you their stories are “exclusive.” This article happens to have “exclusive” AND “sources” in the headline. [Reuters]

New to the Bo beat, as far as I can tell: “Troubles within the CCP leadership do not indicate that China as a whole is weak. Among the profound differences between the Tiananmen incident in 1989 and the Bo crisis is that in the latter case, at least so far, China’s economy and society have been hardly disrupted. This reflects the maturity of Chinese society and the country’s strength.” [Brookings]

The story’s interesting enough, but look at the byline: By Bo Gu. We should add an addendum to our Bo rumors post. [MSNBC]

One Response to “Mid-Week Links Corollary: Bo Xilai, Where Have You Been During All These Journos’ Lives?”