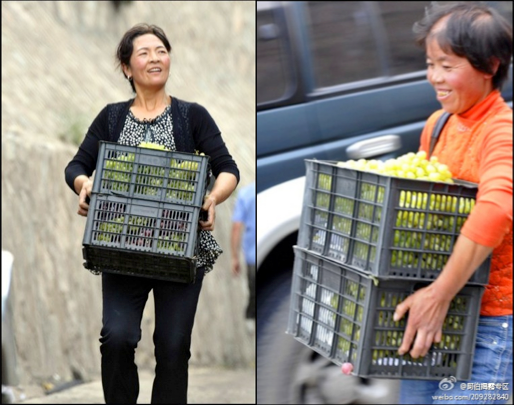 Last week it was eggs. Now it’s grapes. Sina Weibo (where the above pictures are from) has been buzzing in the last 24 hours about this story from Lianzhou in Gansu, one of China’s poorest provinces. On Wednesday, a truck tipped over at a turn and spilled about 300,000 yuan’s worth of grapes. That’s 300,000. Local villagers rushed to the scene and began pillaging like Vikings. They came with bags, crates, bikes, scooters, even cars, all while the driver — with tears in his eyes – could do nary a thing about it. Police estimated 30 to 40 people were looting, making them impossible to stop. Some even began eating the grapes on the scene, because why not?

The incident made it to the popular Anhui Satellite TV show Society of Transparency, where the anchorwoman quoted a People’s Daily Online story that chided: “Villagers grabbed the products, received material goods — lost morality, left sadness.”