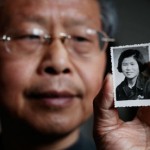 An incredibly moving story out of the Guardian this morning. More than 40 years ago, during the height of the Cultural Revolution, Zhang Hongbing, only 16, denounced his mother for criticizing Mao Zedong. His mom, Fang Zhongmou, was tortured and summarily executed. She was only 44. Tania Branigan reports: 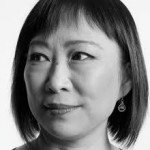 We are, in spite of everything (slower Internet, mostly), looking forward to the upcoming National Congress that starts next Thursday, because it means we’ll get to see silliness such as pictures of photojournalists taking pictures (WHO WATCHES THE WATCHERS’ WATCHERS???), and there’s always the chance that someone will literally die out of boredom. One thing we are... Read more »

Sunday marked the 36th anniversary of Mao Zedong's death, and if there's one thing we know the old Chairman would never, ever approve of, it's the senseless beating of people who voice opinions contrary to his own. At Zijingshan People's Square in Zhengzhou, Henan province, the man you see getting slapped around apparently took an anti-Mao stance, which is not something you normally want to do around elders who continue to wear badges of Communist dogma in their hearts -- holdovers from the Cultural Revolution -- but definitely not something to do amid a celebration of Mao's life. Groupthink is alive and well. 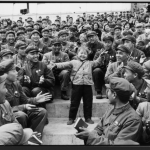