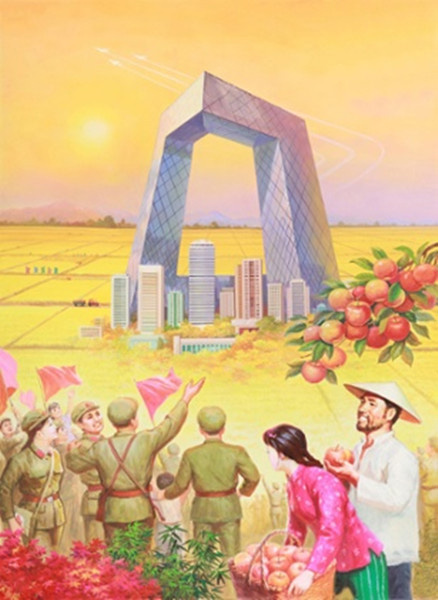 We’re a bit late to this, which is a shame, because the paintings sampled here are some really nice pieces of work by North Korean artists. As explained on the Koryo Tours blog, they were part of an exhibition called “The Beautiful Future” that, sadly, ended on October 3. (Surely they’ll be brought out again sometime in the future.)

“The Beautiful Future” is a unique collaboration between Nick Bonner of Koryo Tours, Dominic Johnson-Hill of Plastered 8, and selected North Korean artists.

Each piece was hand-painted in Pyongyang, and based on Nick and Dominic’s sketches inspired by their 20 years in China. They wanted to portray a place lost in time, uniting a challenging past,a dynamic present and an imagined future where all is bright and beautiful. As outsiders looking in Nick, Dominic, and the North Korean artists have created a city whose socialist traditions are juxtaposed with present pleasures and modern city idols.

One of these works was used as the book cover for Tom Carter’s Unsavory Elements, which I’ve always thought was “wonderful.” 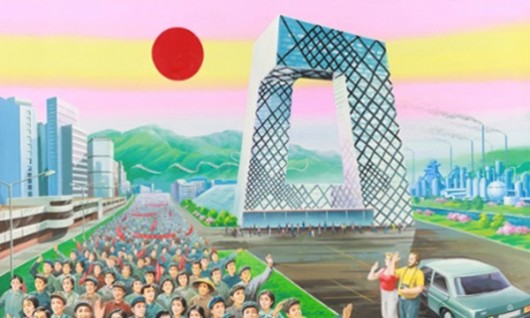 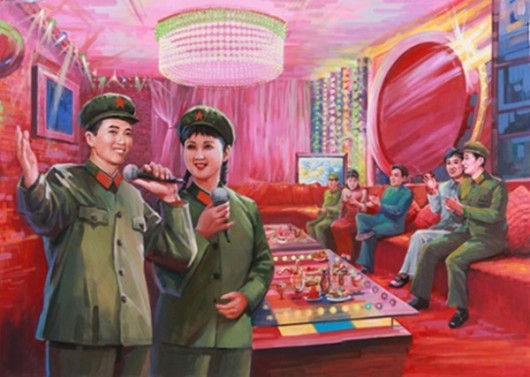 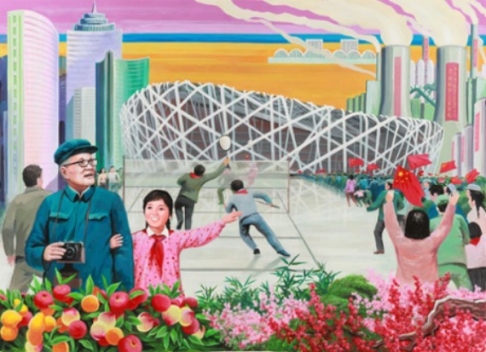 The Guardian and SCMP also have write-ups.