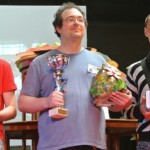 The French won gold, silver, and bronze at the European Mahjong Association's French MCR Championship in Toulouse, France on May 18-19. Italians finished fourth and fifth. A Dutch player finished sixth. The Chinese, who invented mahjong, only had two players place in the top 13 -- Yang Zhang and Cao Lihua finished 7th and 8th, respectively. What gives? 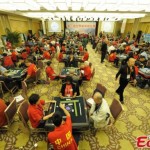 The best mahjong players from around the world, representing 13 countries, have converged in Chongqing for a four-day tournament that ends later today. According to Sina: The first Eight sessions will determine the team and country rank. For these sessions, efforts will be made to ensure that players from different countries will have an opportunity... Read more » 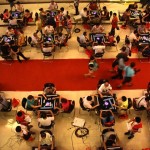