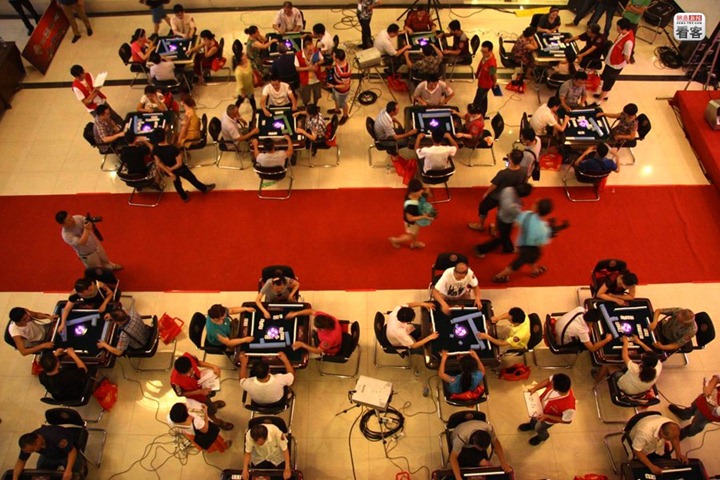 How does one win such a massive mahjong tournament? “It’s basically up to luck,” one participant said, as quoted in Guangming Net. BJC’s Alicia, who “loves” playing mahjong, insists it’s “strategy, like chess.” Let’s call it a combination of both and leave it at that. Being a dice player myself (forthcoming: “a primer on how to play Chinese liar’s dice, and be awesome at it like me”), I’ll just slowly back away from this topic.

[Image via Ministry of Tofu]