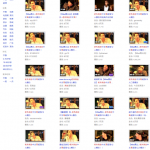 You might remember Mike Sui as the teacher/singer/host/actor who imitated a bunch of people in a video that made it big on Youku. Everything he does on Chinese media these days is rising to the top, evidenced by the latest product, the above below [Ed's note: I'm putting it after the jump because there's an ad... Read more » 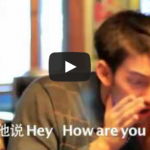 Two days ago, Mike Sui posted the above video onto Youku (embedded after the jump). It currently has 1.71 million views. More impressive, this video's been on YouTube for only a day and it's already well on its way toward viral, with 17,000 views. The thing of it? No one that I know of in the English-language China blogosphere has posted this video (until now, of course; if you've seen this elsewhere before 3:11 pm, let me know). That means Sui's one-man act is being passed around almost exclusively among Chinese users of YouTube and Facebook (which is where I first found it, on the page of a Chinese student in DC), and on Chinese social media (Sui has 206,000 fans on Sina Weibo). We wish Mike well on his road to online stardom.