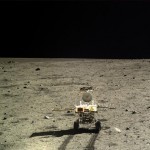 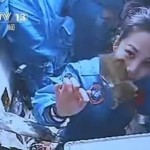 Wang Yaping, Zhang Xiaoguang and Nie Haisheng were launched into space yesterday, on the eve of Dragon Boat Festival (i.e. Duanwu Jie), from the Jiuquan Satellite Launch Center in the Gobi Desert in Gansu province. Today, to celebrate Duanwu, the crew ate zongzi - glutinous rice wrapped in bamboo leaves -- aboard the Shenzhou 10 capsule. Wang, 33, China's second woman in space, is featured in the video above showing viewers what space zongzi look like. 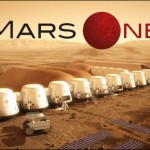