Ed’s note: We’re excited to republish this first post from the Anthill, recently launched by Alec Ash, whose previous project was the excellent blog Six. Describing itself as a “writer’s colony,” the Anthill seeks narrative writing from and about China. Interested contributors are encouraged to email Alec (you can also follow @colonytweets or like on Facebook). In this first piece, “A Thangka... Read more » 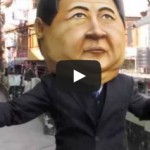 You've probably already guessed that the dance is Gangnam Style. Like this one, it features bulls. 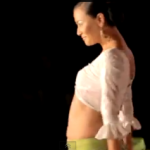 The documentary company Journeyman has just uploaded a 28-minute film called Miss Tibet that offers possibly the realest look at contemporary Tibet you'll find anywhere. Mark Gould's description on Journeyman's website: The Miss Tibet beauty pageant claims to give women a platform to highlight Tibetan issues, drawing attention to the the plight of the its people as well as the brilliance of the lifestyle and culture. 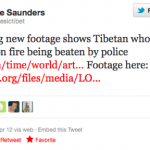 It’s after the jump. You’ve been warned about graphic content.