Per usual, no idea about post frequency, etc. But there it is. We've entered the cashless society! 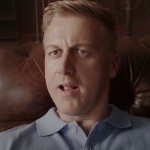 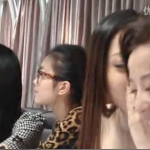 Those who use Momo and, to a lesser extent (but not much lesser), WeChat probably already know this, but social Apps are great for finding new and -- how shall we say -- temporary friends. However, if you are cruising around in the great murky sea trawling for bottles or booty, you open yourself up to getting hooked, too. Really open yourself up, actually, because you're going up against professionals.